Editor's note, Pete sent this late last year. We fucked up and forgot to post it. Sorry Pete. Better late than never.

Greetings from the Twin Cities. We finally got (a little bit of) snow here in the cities so I decided to take some shots of my favorite section of my work commute: East River Parkway. The road connects
Minneapolis and St. Paul along the east bank of the Mississippi River and has a shared bike/pedestrian trail that runs alongside. I take the trail for two miles from Oak Street to Marshall (or a bit further to Summit, depending on the day). 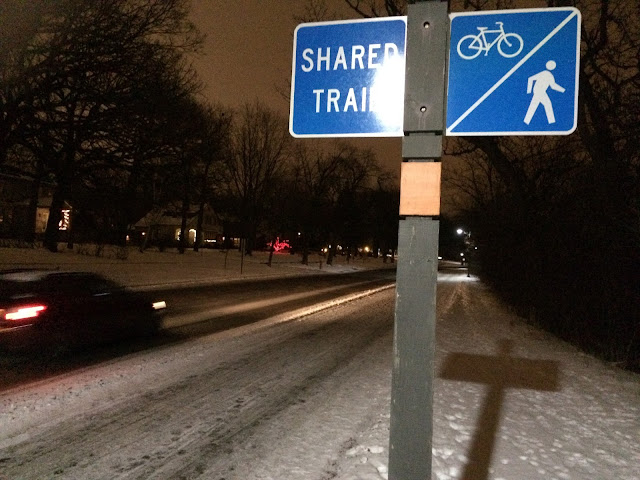 East River Parkway is a pretty relaxed roadway even during morning and evening rush hours, but the
ride is made all the more peaceful with the trail along its side. Up on the trail one only needs to worry
about other cyclists/pedestrians and the trail condition which appears to be maintained by City Park and Recreation staff. On my ride from the east bank of the UofM to St. Paul there is only one
stop/intersection (at Franklin) before Marshall or Summit Ave. 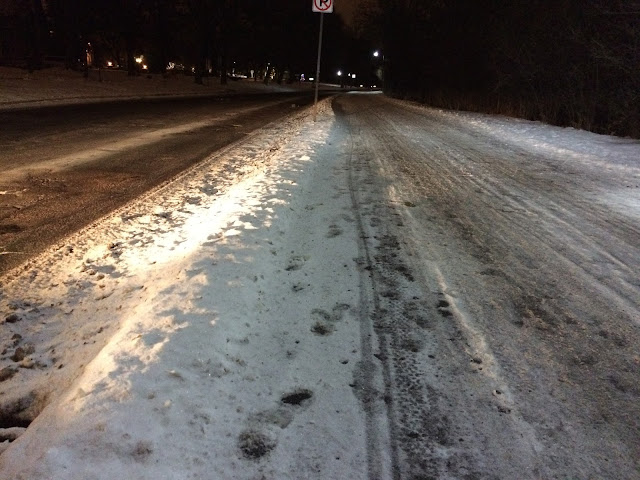 A fellow cyclist rides by on his evening commute: 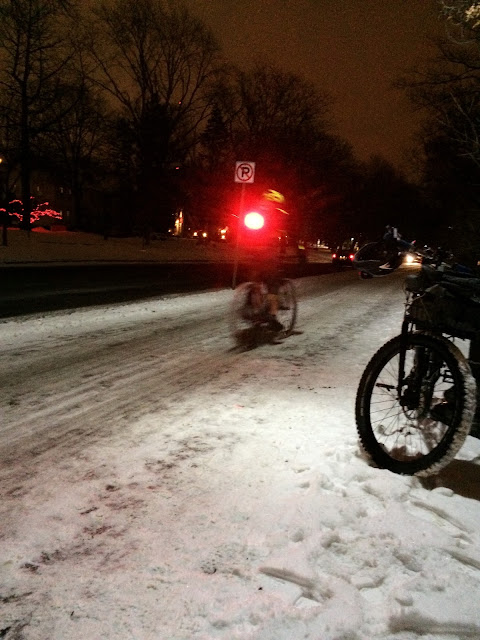 In summer, 10mph would feel rather slow. But in winter when the roads/trails are often bumpy, slick
and icy, around 10mph doesn’t feel so bad: 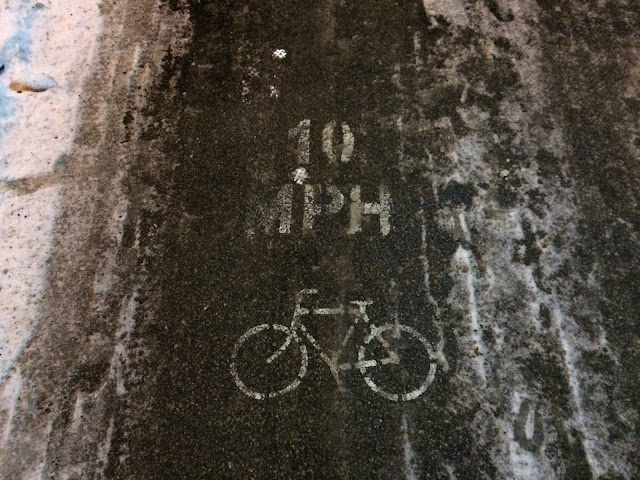 Riding into work one morning I exited the trail at Marshall and snapped this picture of the river. In this section of the river, Minneapolis is to the left (west) and St. Paul is to the right. In the distance you can see downtown Mpls lit up by the rising sun behind us: 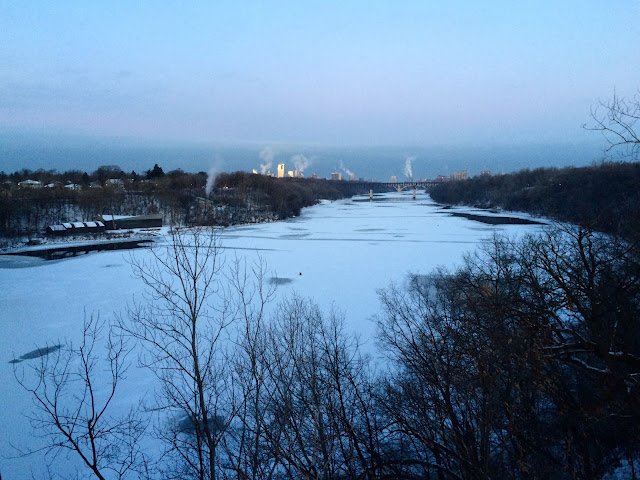 That night I took a couple of pictures while I cut through the UofM. Here we see Northrop Mall in the background: 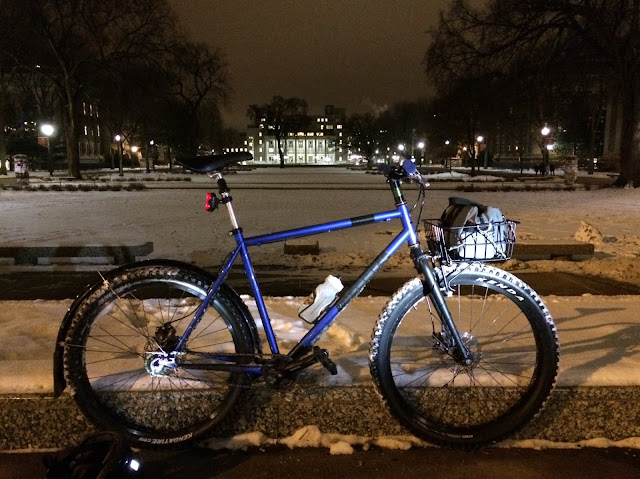 On the reverse shot we see the Northrop Auditorium: 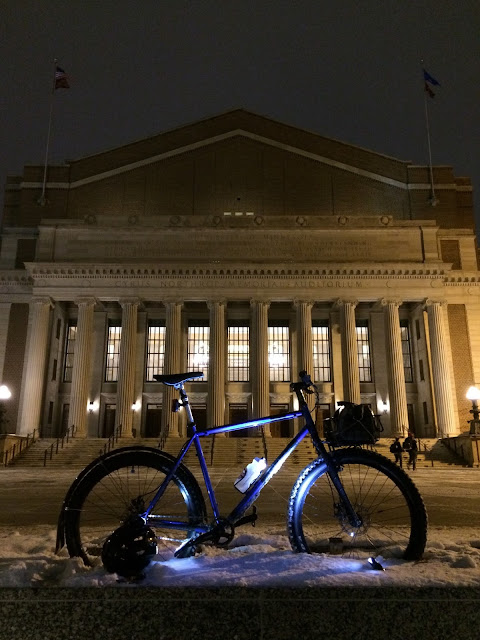 I will include a rundown of my winter setup and gear in a future post. Until then, have a happy New
Year and excellent holiday season!
at 01:18